Movie Summary
In this feature-length documentary, Cree filmmaker Neil Diamond takes an entertaining and insightful look at the portrayal of North American Indigenous people throughout a century of cinema. Featuring hundreds of clips from old classics as well as recent releases, the film traces the evolution of the “Hollywood Indian.” Diamond guides the audience on a journey across America to some of cinema’s most iconic landscapes and conducts candid interviews with celebrities like Robbie Robertson and Jim Jarmusch. The film is a loving look at cinema through the eyes of the people who appeared in its very first flickering images and have survived to tell their stories in their own way.

Showing will be at the Gathering Place by the Grand, with doors opening at 6:30PM. Arrive early to get the best seat! 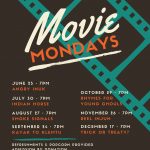 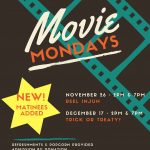